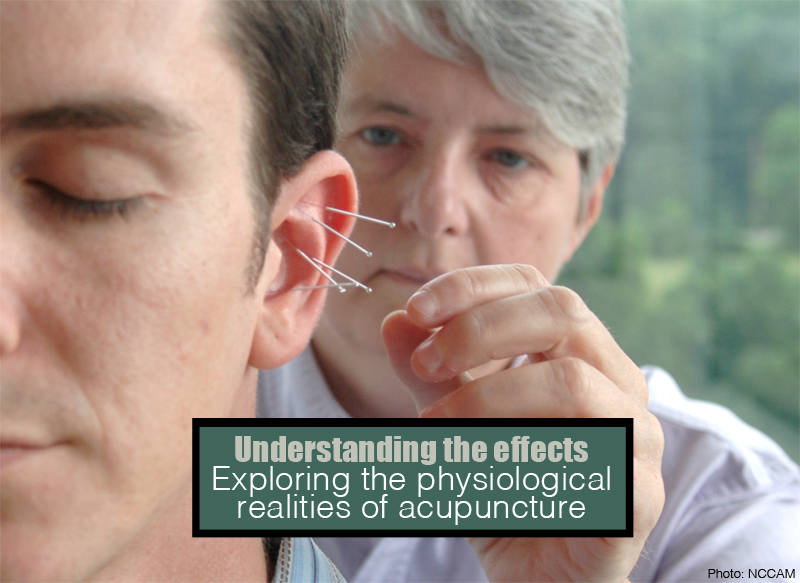 Research has suggested that inserting and twisting a needle could release ATP from the skin, leading to the physiological roots of the effects of acupuncture, and that ATP can be released from many cell types. ATP is also released in association with electrical currents and heat, two components that are often use dinc conjunction with acupuncture to magnify its effect.

Regarding pain, it’s believed that the binding of ATP may activate “a signalling pathway” that eventually modulates how pain is perceived by the brain’s cortex. These ATP-activated nerves can also modulate brain stems that control a variety of nervous system functions (including in the gut, the lungs, and in the cardiovascular system) which have long been the focus of traditional acupuncture treatments.

The author concludes by suggesting an array of experiments that could test this extracellular signalling hypothesis.