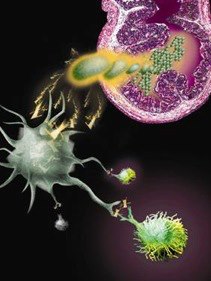 Is oversensitivity towards microbes actually hurting us?

Physical health is dependent on the immune system because it prevents pathogens (bacteria, viruses, and parasites) from taking over, protecting the body against disease and organic disintegration. The sophisticated human immune system adapts and strengthens through exposure to new and different pathogens. This is called acquired immunity.

The world humans evolved in is very different from developed "western-style" societies. Today, there is a rise in new autoimmune diseases and allergies partly because excessive sanitation and hygiene is preventing our immune system from being exposed to a variety of pathogens.

A new book, An Epidemic of Absence: A New Way of Understanding Allergies and Autoimmune Diseases (Moises Velasquez-Manoff), has raised many questions about the recent trend of avoiding microbes and how detrimental it may be to the immune system.

In the book, the author decides to ingest hookworms in order to alleviate some disorders that have been following him since his youth. Parasitic worms seem to be regulators of the immune system and have been known to help control many things including multiple sclerosis, and asthma.

The author’s symptoms were relieved, adding support to the theory that the growing trend of sanitation and cleanliness can play a large factor in the efficiency of the immune system for the rest of the population. The “hygiene hypothesis,” the theory of immune cells getting confused in the absence of dangerous bacteria and begin attacking harmless stimuli, can be shown in the populations of less developed countries.

Since this obsessive sanitation is not an option in these countries, their immune systems are constantly fighting the bad bacteria and leave the beneficial bacteria alone. The author stresses that it is important to closely monitor how microbes are treated in an effort to not damage the immune system, leaving one’s health at a higher risk than it was before.