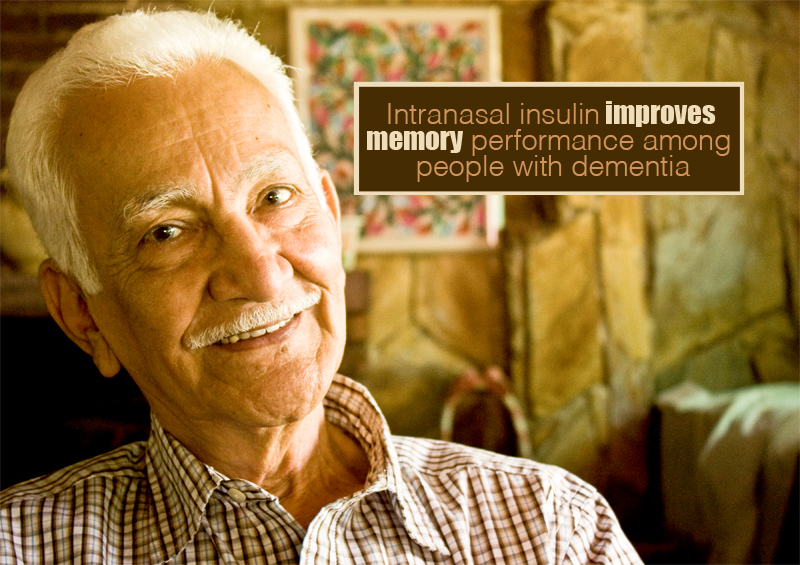 When delivered through the nose, insulin may hold promise as a treatment for Alzheimer’s, at least according to a recent study.

Study participants who were treated with the intranasal insulin (which allowed the insulin to reach the brain more directly without getting too much in the blood) experienced a memory performance improvement of 20% when compared to participants who did not receive the treatment.

An improvement in daily function and an “enhancement in brain glucose metabolism was also observed among the insulin-receiving population.

Though the study of 104 people was small, it does set the stage for future research. Mild side effects in the study included mild headaches and runny noses.

This study adds to a set of recent studies that have linked insulin to a variety of brain functions, including cell genesis, cell repair, and protection against beta-amyloid, a brain protein linked to certain dementia-related plaques.