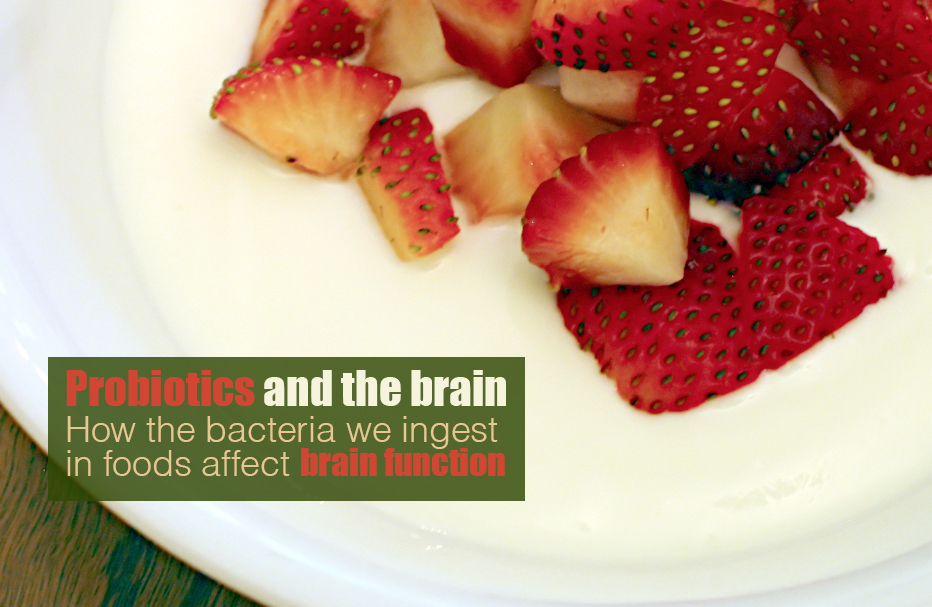 How the bacteria we ingest in food affect brain function

Researchers at UCLA have provided evidence that brain function in humans is related to the bacteria ingested in food.

Their study of healthy women who regularly consumed probiotics via yogurt “showed altered brain function” for the women in both a resting state and in response to a task. MRI scans revealed that the women who consumed the probiotic yogurt (when compared to women who didn’t) showed a decrease in activity both in the insula (which processes internal body sensations) and the somatosensory cortex during an emotional reactivity task.

Additionally, the part of the brain related to emotion, cognition and sensory-related areas also showed a decrease in activity for the yogurt eating women. When resting, the women who ate the probiotic yogurt also showed greater connectivity between the “periaqueductal grey and cognition-associated areas of the prefrontal cortex.”

Previous research has demonstrated that the brain sends messages to the gut, but the UCLA study suggests that the communication happens in the opposite way as well, and that this alteration of the microbiota, the bacterial environment in the gut, affects the brain.

Researchers say that this early “proof-of-concept” study points the way for future research in the areas of dietary and drug interventions related to brain function and raises questions about the effects that repeated antibiotic use may have on the brain.