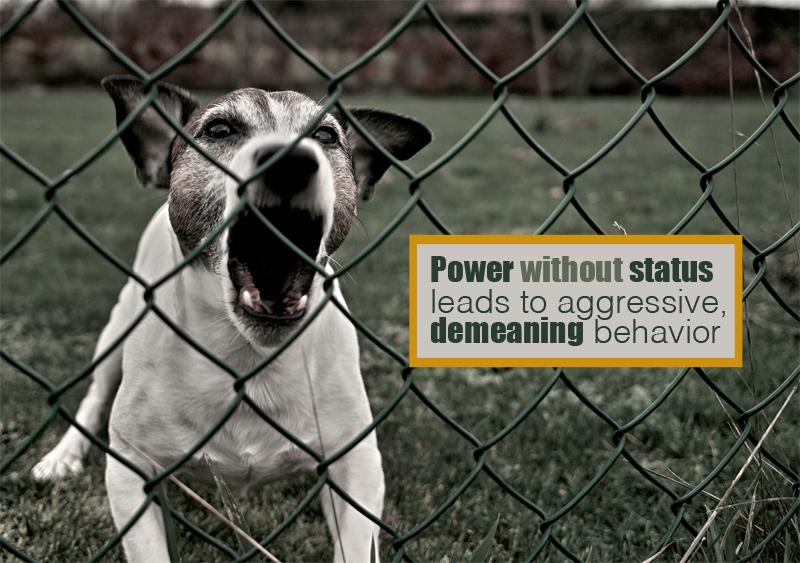 Experiencing power without status increases individuals’ odds of demeaning others

Both power and status are important influences on how individuals behave, but how do these two qualities interact? A recent study explored various combinations of these distinct variables, testing the simplistic age-old adage that “power corrupts,” and suggesting that reality is more complicated.

The authors define power as outcome control and status as respect and admiration, with both serving as “fundamental dimensions of social hierarchy." Research suggests that a lack of status makes people feel unappreciated and disrespected, which often triggers aggressive behavior as compensation. Power is also linked to “demeaning and aggressive tendencies,” and the more power one has, the more likely he or she is to display these behaviors.

The authors hypothesized that having power without status leads to people demeaning others. To test this, they designed an experiment that put people in high- and low-power roles that afforded high- or low-status, and then they observed how these traits interacted to produce demeaning behaviors among subjects.

Their hypothesis was supported: subjects who experienced high-power roles with low status were more demeaning to others than participants with any other combination of status and power. These findings reinforce the notion that the variables of status and power cannot be fully understood when studied in isolation; rather, their interaction is a key component.

Despite these conclusions, the authors acknowledge that there are examples of low-status power holders who treat others positively; thus, there is at least possibility for the effect observed in this study to be moderated, and individual personality traits surely play a part in these behaviors.