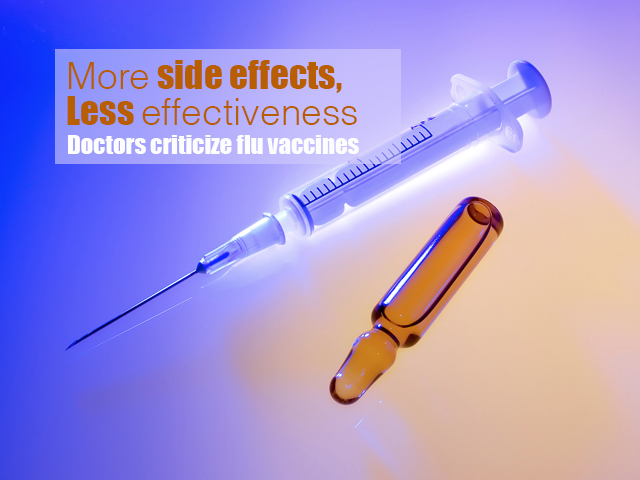 Despite the public health policy that has pushed the vaccines in aggressive ways (more than quadrupling the number of available doses over the last 20 years), Doshi argues that the Centers for Disease Control and Prevention (CDC) has been inaccurate about both the effectiveness of the vaccines and the number of side effects they produce.

One of the CDCs main arguments for the flu vaccine is that influenza can create serious complications, especially for the elderly population and people with chronic illnesses, but Doshi denies this claim, citing a lack of clinical trials that demonstrate “a reduction in serious outcomes” for these populations following a flu vaccine.

He argues that even when a vaccine is closely matched to a flu that’s prevalent that year, which is not always the case, controlled trials have found that vaccinating 33 to 100 people only resulted in one less case of influenza.

Regarding side effects, he cites an Australian study that states that one in every 110 children under the age of five had “convulsions” following 2009 H1N1 influenza vaccinations. That particular vaccine has also been linked to a spike in narcolepsy among adolescents.

Another physician, Dr. Russell Blaylock, has also taken issue with the vaccines publicly, arguing that the mercury in the vaccines suppresses people’s immunity and makes them more likely to get sick.

Additionally, he argues that mercury overstimulates the brain, an activation linked to Alzheimer’s and other degenerative diseases.

Blaylock says that the push for vaccines is financially motivated, describing them as “a pharmaceutical company’s dream.”