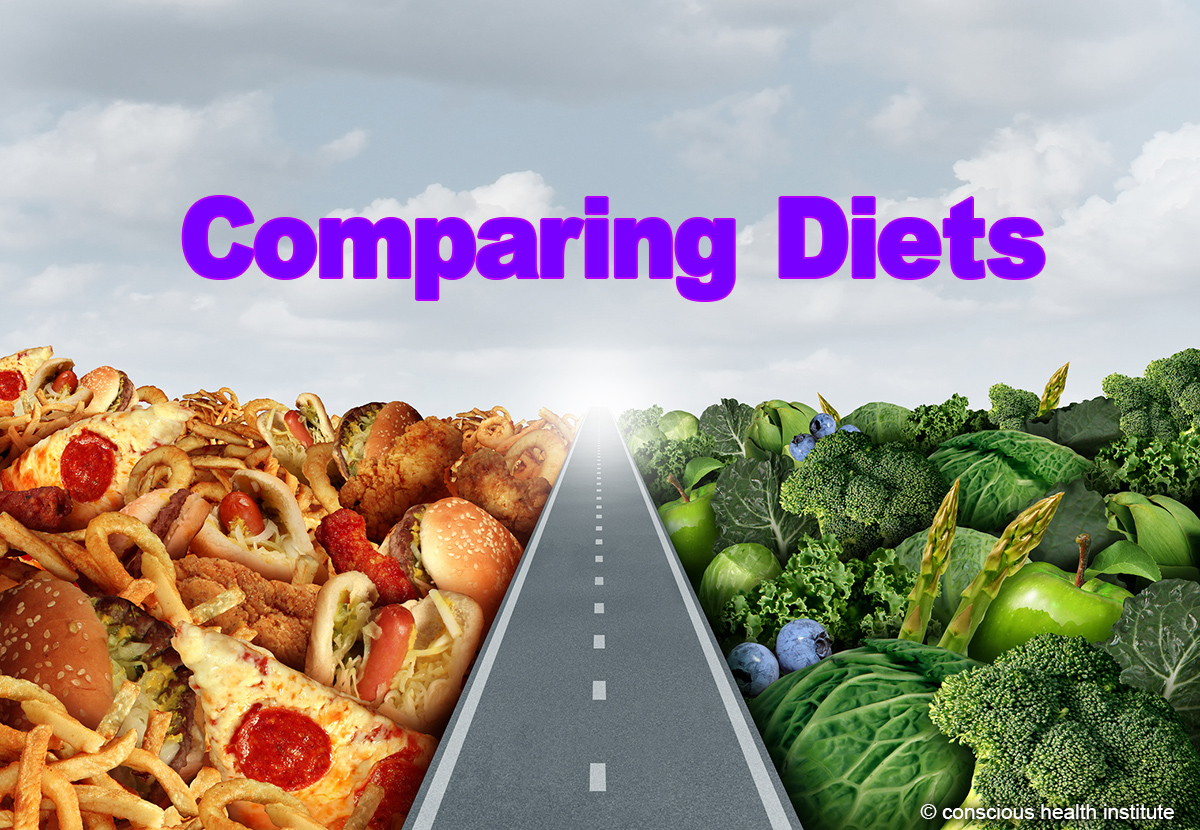 In a study related to obesity and chronic diseases, investigators compared nutrient intake in people with several different dietary patterns: non-vegetarian, semi-vegetarian, pesco-vegetarian, lacto-ovo-vegetarian, and strict vegetarian. People’s intake was roughly similar among the dietary patterns (about 2,000 calories per day), with the exception of semi-vegetarians, who had a slightly lower consumption of calories. Non-vegetarians had the lowest intake of plant proteins, fiber, and beta carotene, and they also consumed the most saturated (and other) fatty acids, which are associated with higher rates of vascular disease. Vegetarians had a higher intake of fiber in the form of fiber-rich foods, such as fruits, vegetables, and nuts, which have been associated with lower rates of several chronic diseases; however, a portion of the strict vegetarians seemed to be consuming inadequate amounts of some nutrients. Non-vegetarians also displayed higher average body mass indices (BMIs), while strict vegetarians had lower BMIs overall.