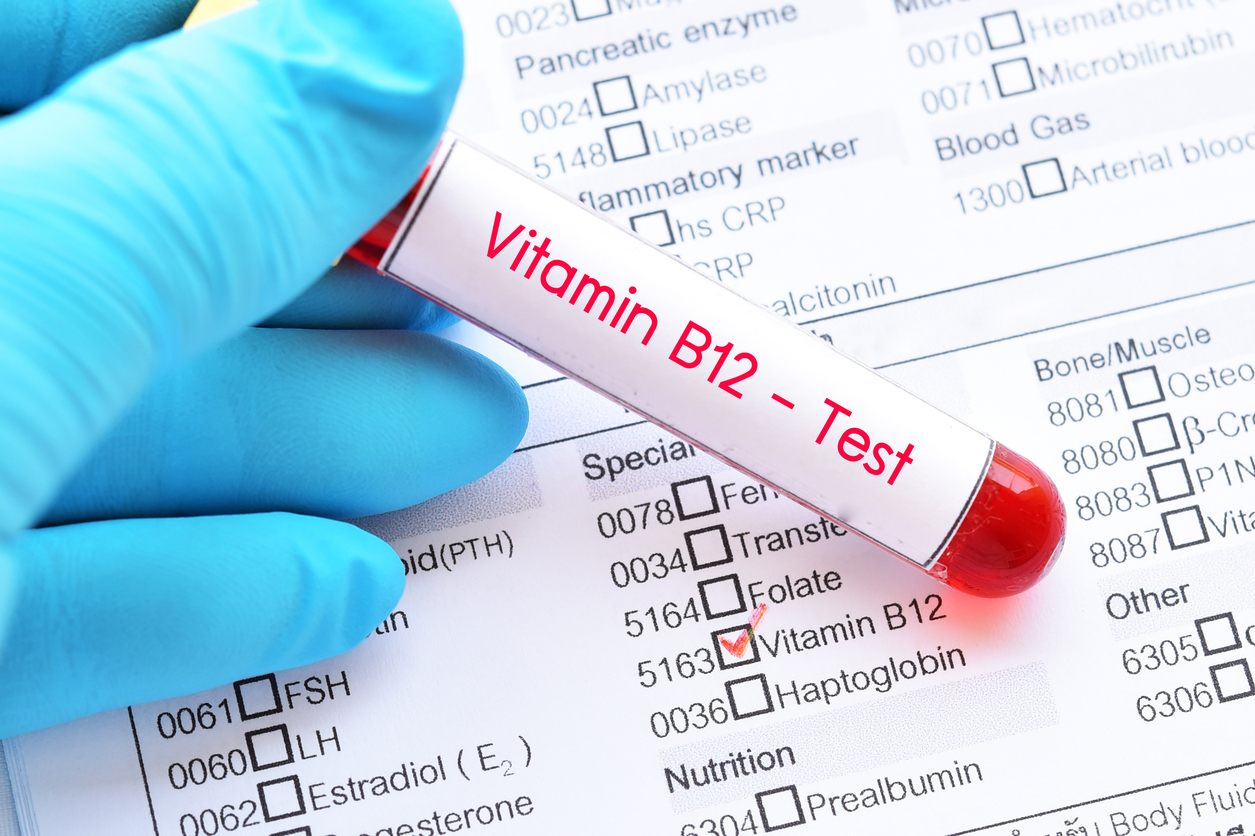 B12 deficiency and health

B12 is an essential vitamin that supports the nervous system, the production of DNA and red blood cell formation. A B12 deficiency is linked with anemia, muscle weakness, fatigue, shakiness, unsteady gait, incontinence, low blood pressure and depression. It’s also related to memory loss. Natural sources of B12 include red meats, turkey, fish and shellfish.

It can also be found in supplements and fortified foods. Absorption of B12 can be an issue and is affected by intrinsic factors. People at high risk for B12 deficiency include heavy drinkers, stomach surgery patients and people who take certain drugs, including aminosalicylic acid and Glucophage. A recent study of women with a poor dietary take of B12 found that B12 supplements slowed the rate of cognitive decline.