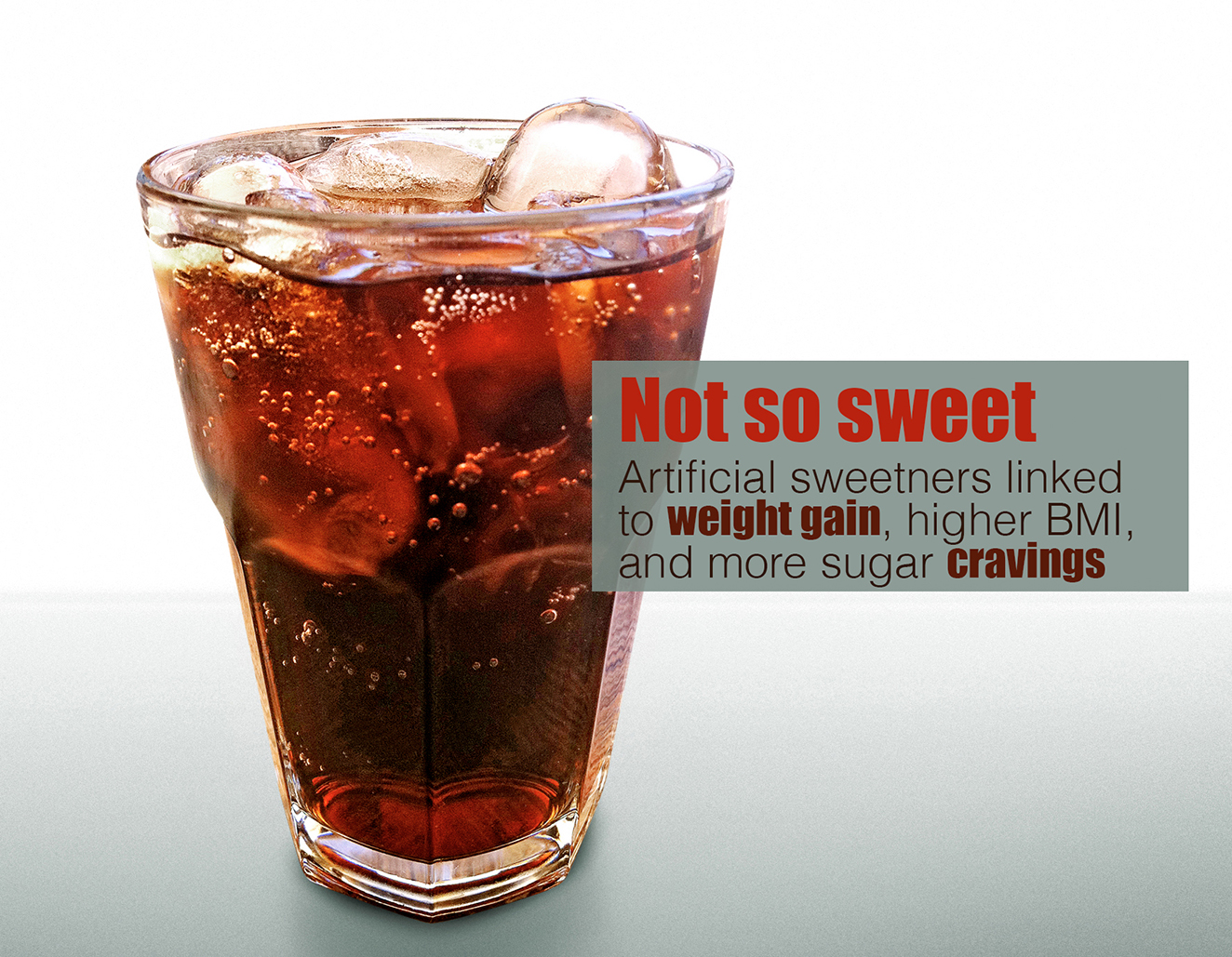 The rise of obesity rates in the United States corresponds with the population’s increased use of calorie-free artificial sweeteners like sucralose and aspartame, often used in diet food products and diet sodas.

These products are often popular with groups seeking to lose or maintain weight, because traditional sugar is considered to be high calorie and therefore would contribute to weight gain. Studies suggest, however, that people who consume these artificial sweeteners have higher body mass indexes and are more like to gain weight than people who don’t consume them.

Other studies suggest that merely replacing sugar-sweetened beverages with diet beverages does not, on its own, lead to weight loss. Aspartame and other artificial sweeteners have also been linked to increased motivation to eat and compensatory overeating. Research has found that artificial sweeteners do not activate the “food reward pathways” in the brain in the same way that natural sweeteners do, suggesting that they may fail to provide “complete satisfaction,” which could contribute to a subject’s desire to seek more food after consuming them.