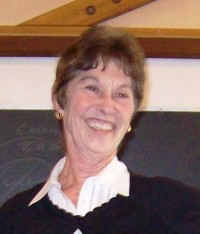 Since 1975 Judith Delozier has served as a trainer, co-developer, and designer of training programs in the field of Neuro-Linguistic Programming (NLP). As an original member of John Grinder and Richard Bandler's group of students, Delozier has made fundamental contributions to the field of NLP through producing a wide range of prominent NLP models. Delozier has also created NLP New Coding, which has resulted in the widespread use of a more systemic and relational approach to NLP. Delozier is the co-author of several groundbreaking books in the field of NLP, including, but not limited to, Neuro-linguistic Programming Vol. I (1980), with Robert Dilts, John Grinder and Richard Bandler, Patterns of the Hypnotic Techniques of Milton H. Erickson, M.D. Vol. ii (1976), Turtles All the Way Down: Prerequisites to Personal Genius(1987), and The Encyclopedia of Systemic NLP with Robert Dilts and Todd Epstein, of (1999).

Delozier holds a Master's degree (MA) in Religious Studies, and a B.A. in Anthropology and Religious Studies from the University of California at Santa Cruz. She has taught NLP in United States, Europe, Asia. She is presently an associate of NLP University, where she serves with Robert Dilts.

NLP and basic human skills, NLP and the structure of the human experience, NLP techniques and uses, problem solving and personal evolution, cultural context of NLP, NLP and science, what constitutes health.